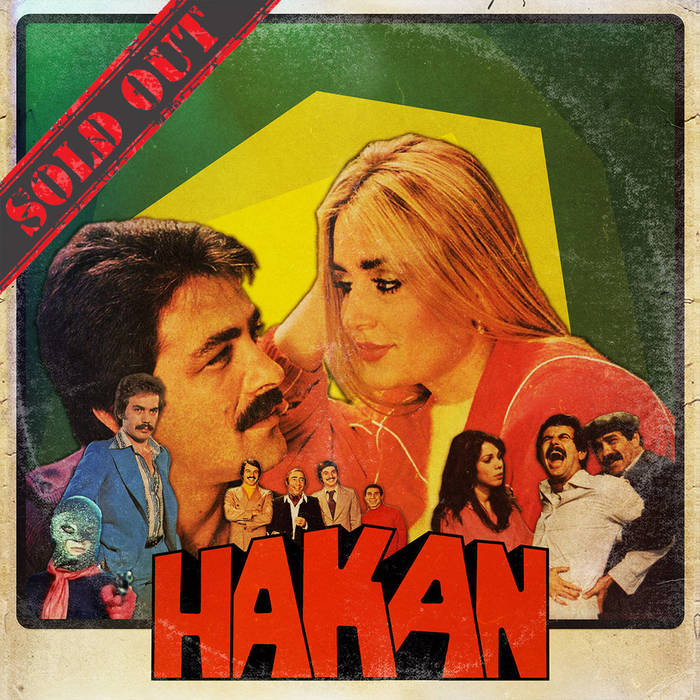 Track Name: Hakan Baby
Can't get satisfaction? Hakan babe is here for you
Stop living in a world of fiction, dünyayi kurtaran adam
Hakan baby!
Track Name: Dental Love
You say you don't have available days
I need you to cure my dental decay
I wanna suffer and feel all the pain, make me feel bad
It's your white apron I can't stop thinking of
And with your drill close to me I'm better off
Please send the invoice to our Italian label cause I'm in the red
I want you to love me on your easy chair
I'm broke and lonely, you better beware
Track Name: Dog
Daddy used to know
He's a dog don't you know
He's a dog now, he's a dog now
Now tell me, is this making any sense?
Cause I probably got beaten in the head
He's a dog don't you know
From the fur to the bone
He's a dog, really, did you know?
Track Name: Under The Sea
When you talk to me like nobody else
You’re so fresh yeah, like the atlantic-oh
Maybe I’m crazy, this heat is killing me
Fan is spinning but I want the sea
I wanna chase you like a shark under the sea
(Down the atlantic-oh, I'm a shark)
We could eat plankton
We could breathe water
When you touch me like I do myself
Instant melting, ain’t no physics shit
Well I mean we can go physical
I’m overtalking, I just need a dip
Track Name: Too Much Krupnik
I drank way too much Krupnik last night
My head is pounding hard and I can't speak my mind
And now I just don't care what's going on outside this room
I drank too much hanging around with you
At Philo once again we are gonna have some fun
And back at Rock Cafè, two of us on the run
Track Name: White Flag
When I hear too many lies
And my heart attack is right on time
Now I'm cruisin’ in this shit
Every minute here is a minute with my sins
Like a movie, it's a flashback
Like that asshole now you kick my guts
But I'm older and I'm weak
And this white flag is all I have yeah
Cause every move I make a big wall's on my way
And every punch I throw at you it just fades away
When you see too many eyes
Your tongue turns to stone and you can't reply
Now I'm waiting by the phone
But problems are bigger than they were
Track Name: Discomfort
Everywhere I go, got this feelin' of discomfort
People acting bad and they're driving even worse
All the young kids, they don't like my shit
They don't buy my shit, discomfort
Now I think I better quit and sign up for lobotomy
To wash my car, to watch tv, to get a career
A discomfort
Track Name: You Can Cry
When you said that you love me
I swore by stars above me
That I wouldn't have fallen
Begging for a girl to stay
Now you gotta believe me
There's no reason to leave me
Change your mind, don't be foolish
You won't find another place
So stand by me and don't think twice girl
Cause life's too short to argue and fight
I wanna hold you tight overnight
You can cry, but it won't make you right
Track Name: Alone
Feeling sick and feeling cold
That heater isn't turning on
This empty moka reminds me that I'm all alone
Alone, dealing with an ocean of jaws
Waiting for you like if I'm a dog
My breath is shouting, it's telling me I'm all alone
I'm all alone with all my faults
I'm lonely and I need you
I'm scared and I need you so
Don't leave me all alone
Track Name: Six Feet Underground
Baby you can call me
I won't be answering your call
Cause I'm buried six feet underground
You can try emailing me
But you can't slow down my fall
Yes, I'm buried six feet underground
I lost my job
I'm feeling like a SOB
I lost my hair
I'm bald but I don't care
I lost my friends
I lost my underpants (new girlfriend)
Cause I'm buried six feet underground
With love, buried six feet underground
Track Name: Real Dumb
Chris got the money
He's working at the bank
And me, I've got only bad
Ideas they never go anywhere
Yes, I'm still broke
Cause I'm real dumb
Spending all my money
On taxes and vegetables
I could be a professor
I could be the pope
But I've got no balls
Track Name: Spiders
Brother do not worry
Spiders they won't catch you, no
Now you can stop screaming
I'll crush 'em all if you want

Bandcamp Daily  your guide to the world of Bandcamp